Ebert and Randy’s Environmental Services: A History of Growth Together 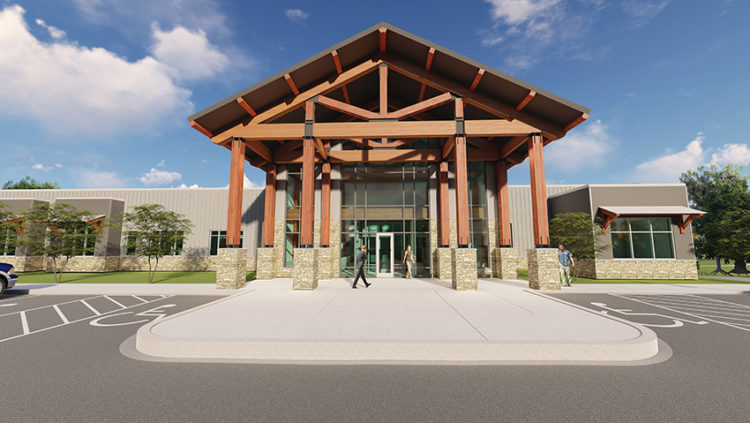 After a year and a half of planning, Ebert Construction broke ground on a new campus for Randy’s Environmental Services in May. Located off U.S. Highway 12 in Delano, Minnesota, it’s the first project in the city’s new industrial park.

The campus will consist of a 20,870 square foot main office building as well as a 46,500 square foot support building for operations such as welding and a mechanics bay. The project is slated for completion in January of 2020.

“Randy’s has seen incredible growth over the years and outgrew their current office,” said Ebert Construction Vice President Markus Ebert. “In addition to their current facility in Delano, they’ll house their base office at the new nine-acre campus. It’s big for the city to have such a great business like Randy’s anchored there.”

While the project is a major upgrade for Randy’s, it also paints a much bigger picture: a significant milestone in the relationship between Ebert Construction and Randy’s.

History of Success and Growth – Together

Over the years, the two companies have grown and supported each other, leading up to this monumental project in their shared history.

“This project really showcases how we’ve grown together,” says Ebert. “It involves services Ebert Construction wouldn’t have been able to provide fifteen years ago, and definitely not on this scale. It’s really cool that while Randy’s has grown too big for their home office, we’ve grown enough to be able to build them a new one.”

Building the new campus for Randy’s Environmental Services primarily utilizes our design/build service as well as project management, carpentry, and concrete services. Additionally, our development division works with cities to obtain necessary approvals for building on the site. Learn more about our commercial construction services or contact us for more information.